I've been trying to be creative about turning card games and board games into alternatives to worksheets for building fluency.  I saw some elementary level numeracy games using uno.  So I decided to create a secondary uno game, well two actually.  I made one game on identifying the type of conic section from an equation and a second game for identifying the types of angles formed by two parallel lines and a transversal.  Uno could also be used to practice other skills related to identifying situations in math.  Maybe another option would be for identifying whether a set of lines where parallel, perpendicular, or neither.

Here is how I modified the game to for conic sections: 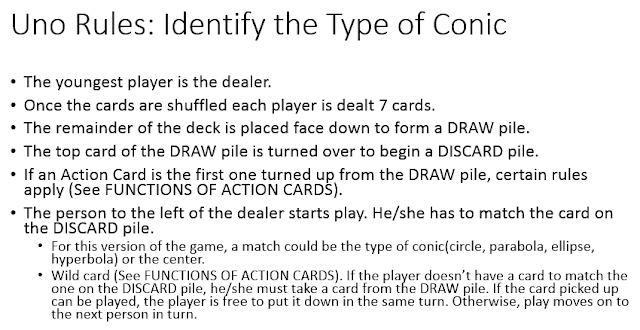 And here is my angle pair game: 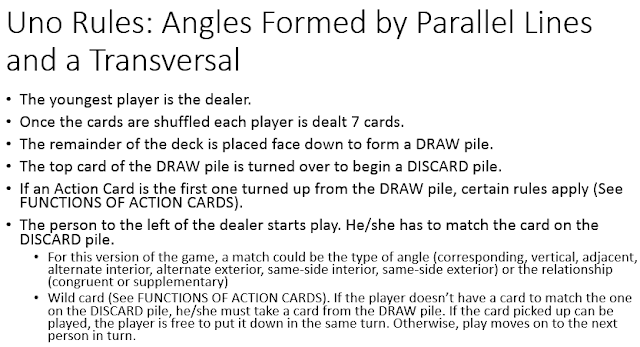 This activity is pretty time consuming.  I did not have kids play by the official rules of reaching 500 points, rather I just gave them a time limit and the person with the lowest score at the end of the time frame was declared to be the winner.  The activity would work well for an extended period during a special schedule (exam season maybe).