The origins of Barbie Bungee seem to be unknown, at least according to this twitter conversation.

I've seen it done in classrooms since I started teaching circa 2004, however, advancements in technology have made it soooo much more fun.  Many students have smartphones capable of taking slow motion video which adds to the engagement.

Here is what I did on my most recent go-round. 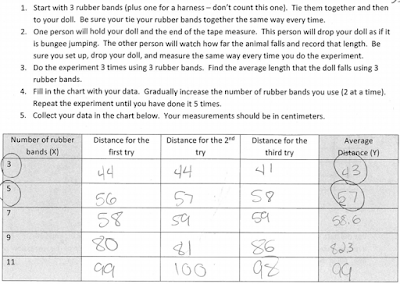 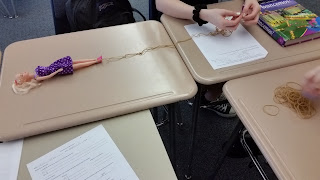 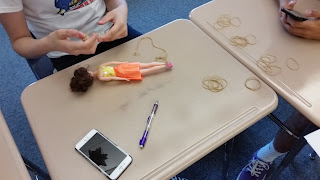 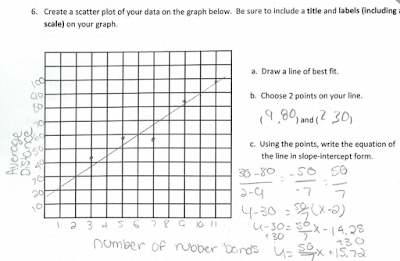 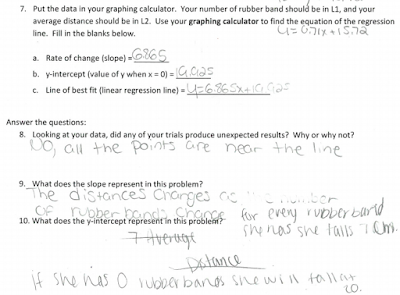 I did this lesson with a class called Survey of Math.  It is our remediation class for students who did not pass our state exam on algebra 1.  Most of the students seemed to enjoy it, especially the end when they dropped their dolls.

This group even wanted to try to get closer to the floor and wanted to add the new data point and recalculate their regression line.


Some of the interesting things that happened where that some students played with their rubber bands, stretching them out during the initial data collection phase.  They wondered why they predicted to need far fewer rubber bands than the rest of their classmates.

Also, this group could not have gotten any closer to the floor on their first attempt.  I turned to my building department and global department for help.  The Twitter universe believed that she survived.


After the initial drop, the students wondered why on repeated attempts, with out changing the number of rubber bands, the doll now clunked her head.

Here is a link to the student document if you'd like to edit/use it.