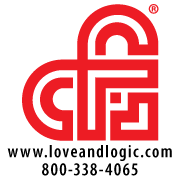 Classroom culture seems pretty hit or miss for me.  My kids are typically respectful of me, but some years I have kids that are wonderful to each other and other years they are a bit mean to each other.  One of my goals this year will be to try to get my students to be kind.

I have really liked Love and Logic for this.  I have never gone through the official training for this, but would like to.  As with anything, I really like some of the ideas and sort of hate others, so I only use the pieces that I love.

Here is a pdf on "How to Create a Love and Logic Classroom."  I love their classroom rules of

This would include the student, the teacher, and any other people in the room.  I think these could easily be your only classroom rules.  Pretty much anything that could go wrong in classroom management could be covered by these statements.

A second piece of Love and Logic that I like is one liners.  I can't use all of them because I feel sarcastic saying them.  I only use the ones that I believe in.  By knowing and using these one liners, you can avoid overreacting or saying something that you may regret later.  These lines are all about avoiding getting into a power struggle with kids.  My favorite one liners are:

"I know." and “Maybe you’ll like what we do next time better.”- in response to a student saying something like "I hate card sorts."  This acknowledges their feeling but you don't need to justify why you are doing them despite the child's dislike of the activity.

“I bet it feels that way.” - in response to a student that something like "Marissa always talks while you are talking and you never correct her."  Again, you acknowledge their feelings but don't get into an argument.

“What do you think you’re going to do?”  - I use this one pretty much every day.  I use in in response to "I forgot my pencil." to "I think my boyfriend is cheating on me."  I won't solve problems for my students.  They already know what to do in most cases.

“I’m not sure how to react to that. I’ll have to get back to you on it.” - I use this exactly the way is sounds.  When I'm caught off guard and no one is in physical danger, I'll get back to them later.

The third part of Love and Logic that works well for me is delayed consequences.  Again, if there is no real danger and I don't know how to respond, or if I just want the student to think about their actions, I'll use a delayed consequence.  For example, if I catch a kid cheating on a test, I'll say something like "Bummer, I'm going to have to do something about this.  I need to think about it though.  Come back to see me after school today.  Try not to worry."  Of course when you tell the kid not to worry, they end up worrying all day.  When they comes back, I'll ask what they think the consequence should be.  Most of the time, they are fair or even more severe that I would have been.  If I disagree with the consequence, I'll say "That does not work for me.  What else do you think would work."

The fourth part of Love and Logic that I really like is providing choices for kids when they can not decide.  Above I mentioned the one liner “What do you think you’re going to do.”  If the student says they don't know, I might offer some options like "You forgot your pencil.  Do you think you could use another type of writing instrument or borrow one from a classmate?"  Another favorite of mine is "What might another student do in this same situation?"

The final part of Love and Logic that I love is putting responsibility on the student.  In reacting to bad behavior I might say something like "I'm sorry you made that choice.  What will you do to make it right?"  Most kids can come up with ideas.  If their idea is not a good one ("I'll just kick the principal"), I'll ask "How do you think that would work out for you?"  So many kids just react without thinking.  This helps them to think things through before acting.

I realize that so much of this sounds like it could be sarcastic, but I've found that many of these phrases work for me and encourage kids to take responsibility for themselves.  You just need to be careful to choose the statements that you can be empathetic with.